Gallery: Yosemite in December – and in drought

I recently visited Yosemite National Park with my family in late December. I took some pictures as we toured the usual sights in the valley, and I also saw the drought plaguing California has not spared Yosemite its effects. There was a surprising lack of snow in the area and the park’s famous waterfalls trickle with much less volume and power than before.

My dad has been visiting Yosemite since he was young and said the bridge we were standing on is his favorite spot to photograph the iconic Half Dome. 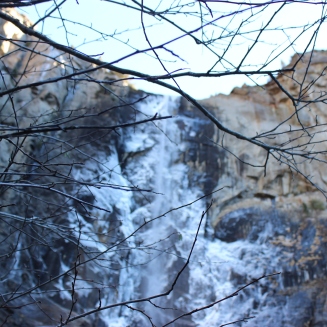 The waterfall, a popular one in Yosemite, is covered in ice, which frequently came crashing down in chunks at a time. 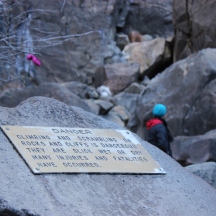 A sign warns visitors to be careful while climbing rocks around the falls.

This chapel is the park’s oldest building still standing.

Drought has mostly kept snow out of the Yosemite Valley, but the temperature remained below freezing most of the day we visited.